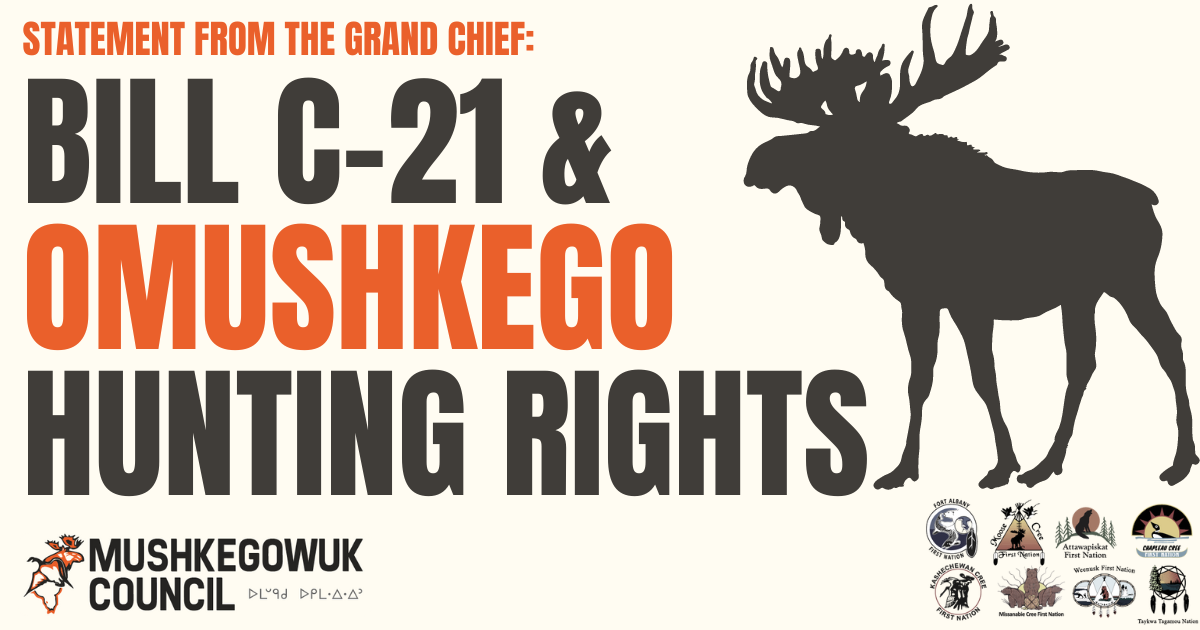 (Timmins, ON) For as long as we exist, the Omushkego will need access and use of various types of guns and other tools for our traditional sustenance purposes. Our Omushkego values and customary harvesting practices includes teaching our children the purpose and safe use of firearms. Our traditional harvest is an integral part of our life and without it, a majority of the Omushkego would not survive.

The Government of Canada is in the process of enacting gun control legislation that is supposed to target gangs and gun violence. In doing so, the Government of Canada must adhere to their legal obligations by honouring the Oral Treaty Promises made during the making of the James Bay Treaty – Treaty No. 9. Canada must comply with the Truth and Reconciliation Commission and the United Nations Declaration of Rights of Indigenous People. We demand proper consultation on the development of implementation of laws that are enforced within our homelands.

At the recent Assembly of First Nations assembly in Ottawa, the Chiefs from across Canada passed an emergency resolution to oppose the Bill C-21 Federal Gun Control Legislation.

The Omushkego calls on the Prime Minister of Canada to respect our rights. We demand real consultation on this very serious matter. We invite the Committee reviewing this legislation to come to our territory to see first-hand the safe and responsible use of these rifles in our hunting practices. If the government of Canada proceeds with enacting Bill C-21, Mushkegowuk Council will be forced to explore their legal options and if required, take legal action against Canada.

From my understanding the proposed gun control legislation started out as an effort to limit handguns and increase the tools to prevent guns being used in family violence situations, and we fully support that. However, recent amendments that have been added to the Bill now have serious implications for our Cree way of life. The Government of Canada is fully aware of our inherent Aboriginal, Treaty and Constitutional Rights to hunt and harvest, and we will not accept any infringements on our rights. 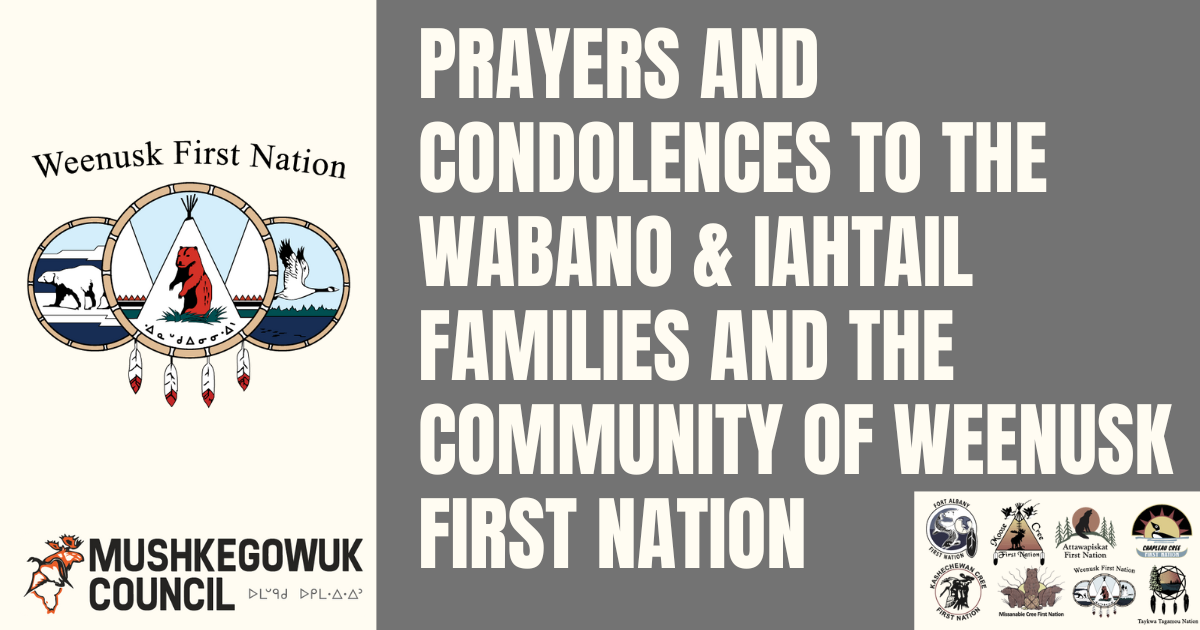 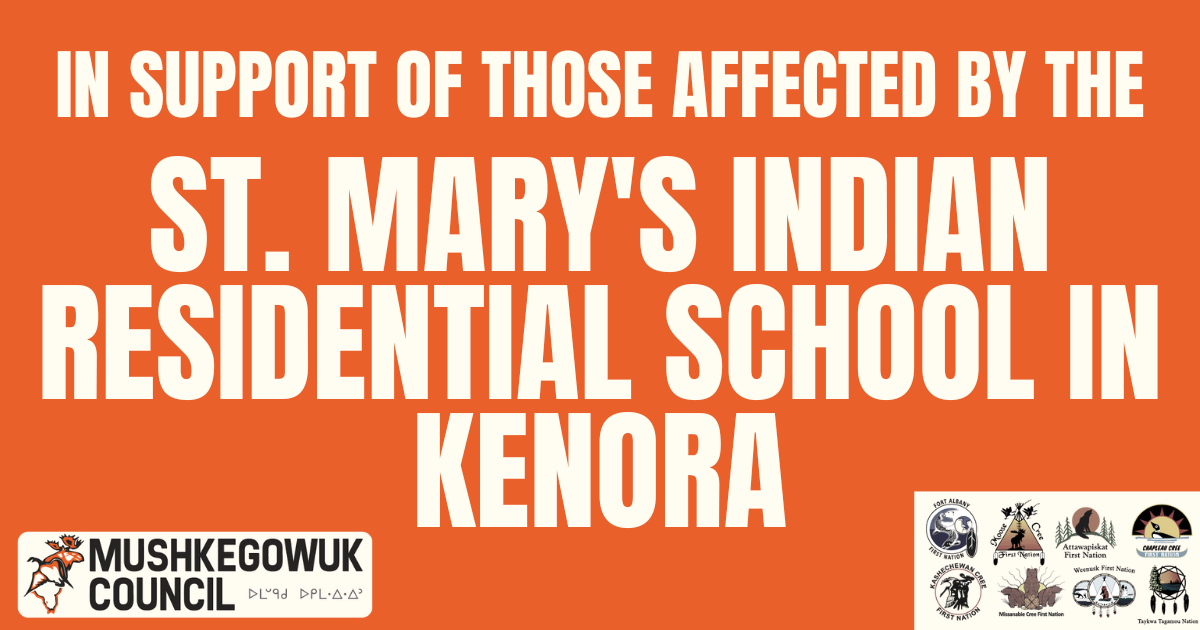 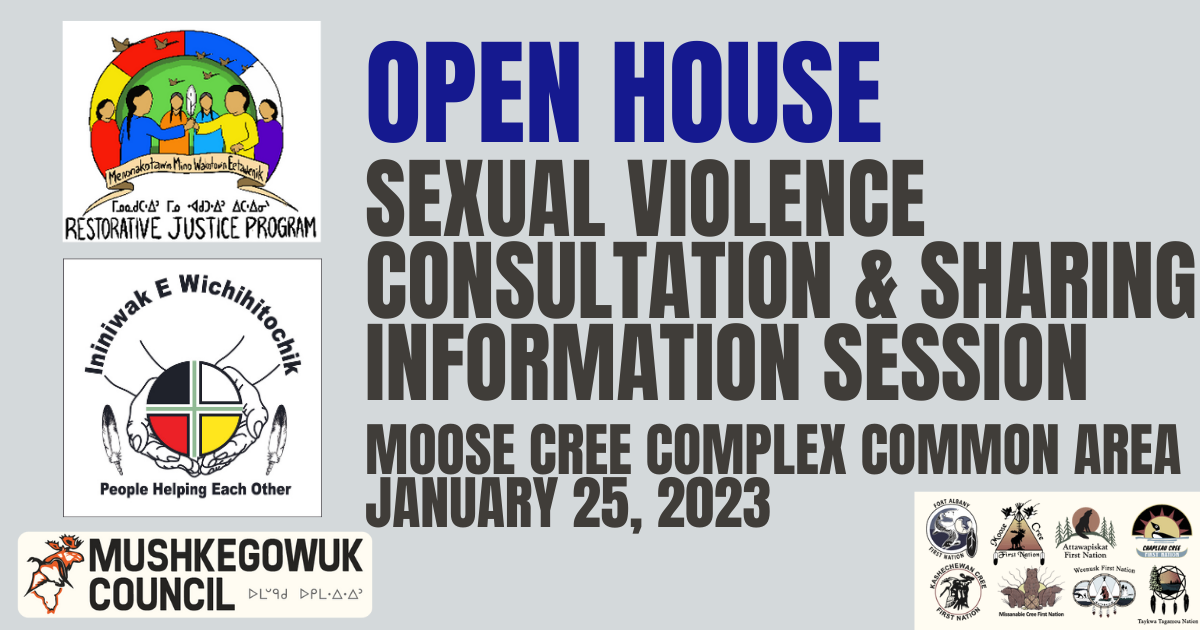 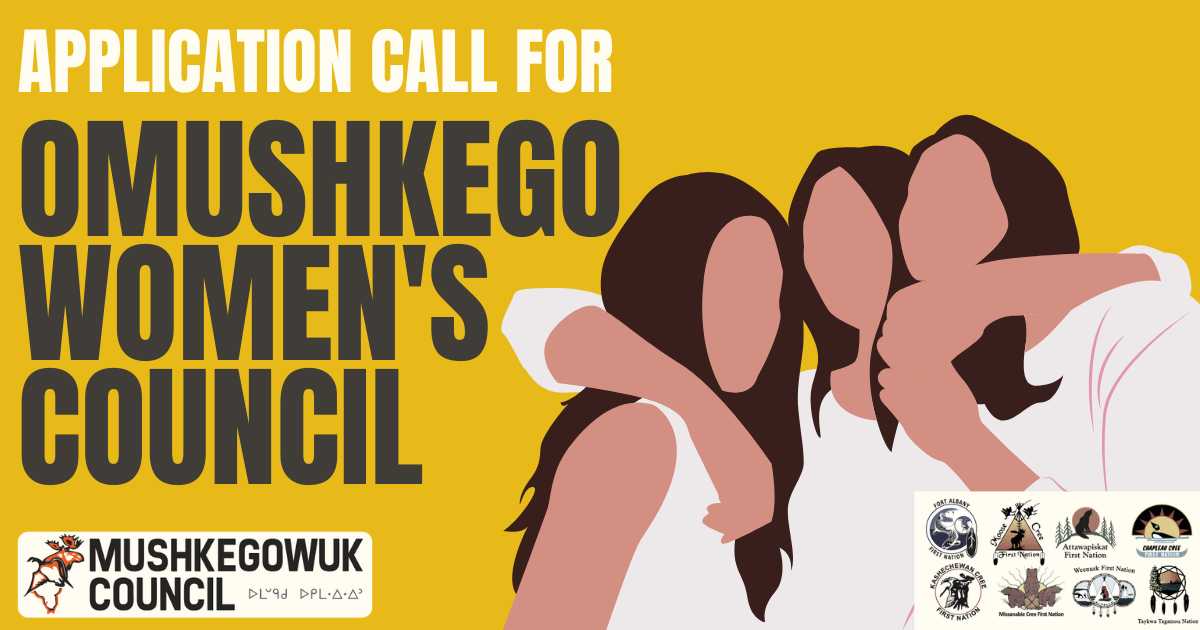 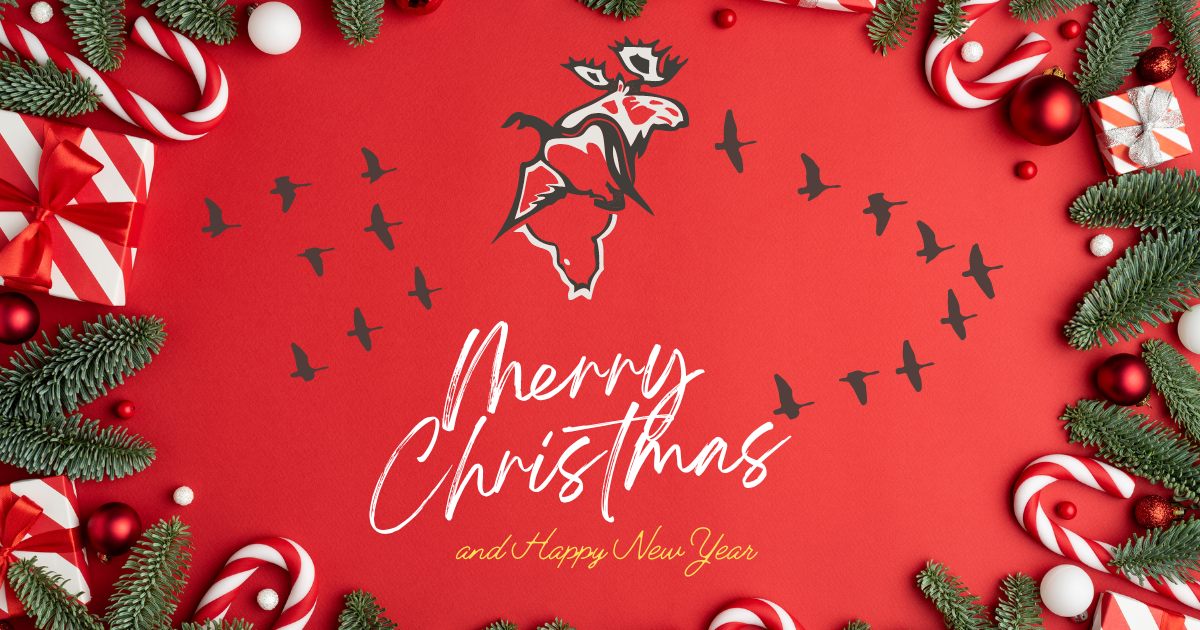 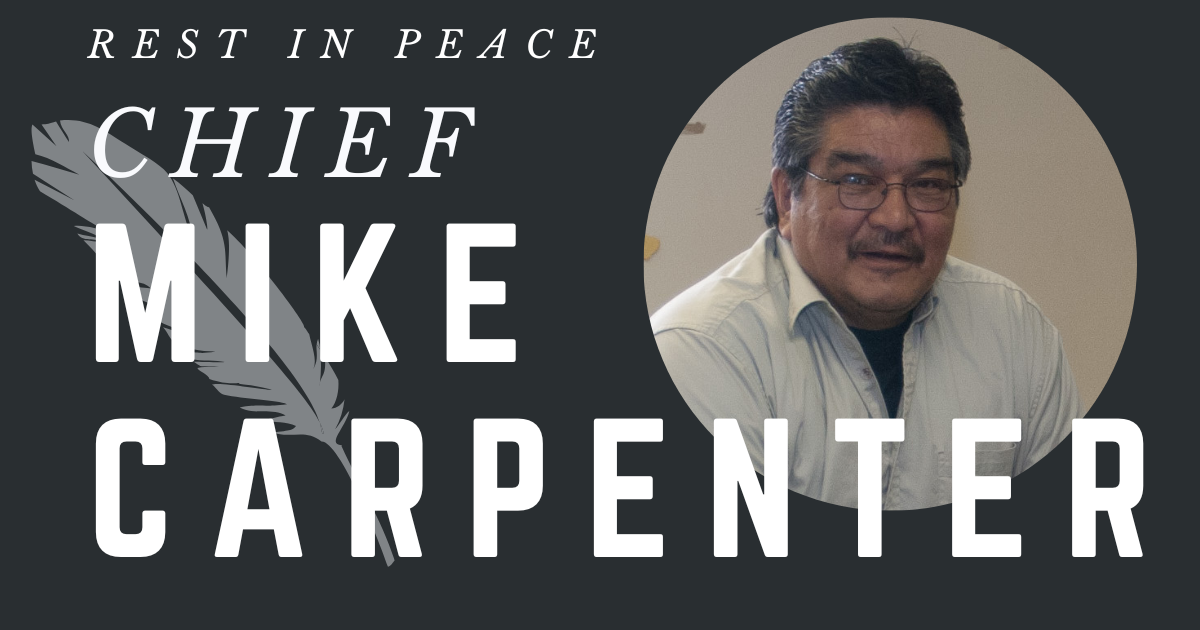